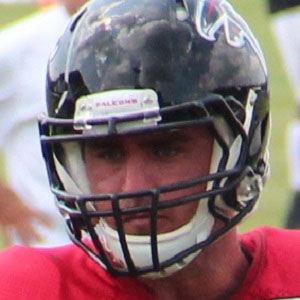 NFL tight end who was drafted in the sixth round of the 2009 NFL Draft by the San Francisco 49ers and later signed with the New York Giants.

He attended Fresno State where he played football and tied the record for most touchdown catches in a game.

He was on the Super Bowl XLVI winning team that shocked the New England Patriots, 21-17.

He grew up with two siblings, Ryan and Sara; his cousin also played college football at Fresno State.

He and Rob Gronkowski were both considered to be up-and-coming tight ends at the start of their NFL careers.

Bear Pascoe Is A Member Of