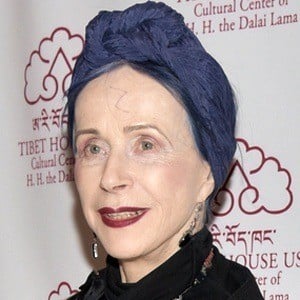 Fashion designer and style icon who was dubbed Women's Wear Designer of the Year at the 2012 CFDA Fashion Awards. Her impeccable fashion sense has landed her on the cover of the New York Times Magazine and in editorials for Harper's Bazaar, among others.

She started modeling at the age of 14. She went on to study psychology in college.

She wrote the book, The Philosopher's Style.

She was born in Stuttgart, Germany. She's also lived in Virginia and New York. She married Ludwig Kuttner in 1967.

Vivienne Westwood is among one of her favorite designers.

Beatrix Ost Is A Member Of