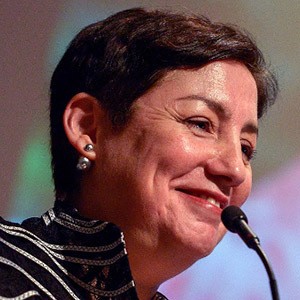 Chilean journalist and politician who received over 20% of the vote as the Broad Front's nominee in the 2017 presidential election. She has also worked as a presenter on the TV news program Hora 20 on La Red.

She earned her degree in journalism from the University of Concepción.

She was a host on the news stations Radio Bío-Bío, Radio ADN, Radio Cooperativa and Radio Chilena.

Her mother's name is also Beatriz and her father's name is Alfredo. She met her husband Pablo in college. They have sons named Pablo, Diego and Sebastián.

She ran against future president Sebastian Pinera during the 2017 election.

Beatriz Sanchez Is A Member Of