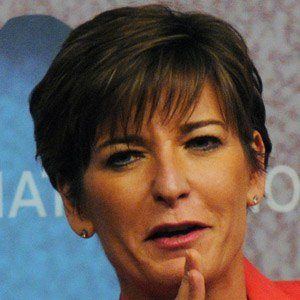 Known best as the host of CNN International's Connect the World program, she worked out of the network's Abu Dhabi office and also presented the popular Business International program.

After graduating from the University of Sussex with degrees in French and economics, she earned a graduate degree in communications from Arizona State University.

She covered the 2012 Olympic Games for CNN.

She was born and raised in Manchester, England.

Frequently lauded for her skill as an interviewer, she secured meetings with such world leaders as Israeli Prime Minister Benjamin Netanyahu and United Nations Secretary-General Kofi Annan.

Becky Anderson Is A Member Of