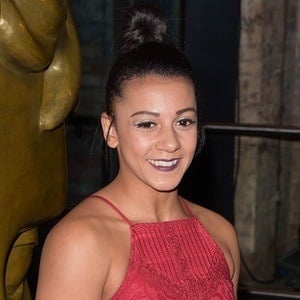 British gymnast who won the gold medal in the uneven bars at the 2014 European Championships. She won seven gold medals at the British Championships from 2008 to 2014.

She was born in Nottingham and first represented her country at the 2006 Commonwealth Games.

She and her sister became European Champions in different gymnastic events on the same day in 2014.

Her younger sister Elissa became the European Junior Champion in the vault event.

She and Beth Tweddle are both British gymnasts who won gold medals at the European Women's Artistic Gymnastics Championships.

Becky Downie Is A Member Of