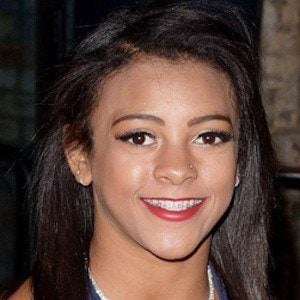 Artistic gymnast who represented Great Britain at the 2014 Summer Youth Olympics as well as the 2016 Summer Olympic Games. With a bronze medal at the 2015 World Artistic Gymnastics Championships, she was a part of the first Great Britain women's team to ever win a global team medal.

She starting competing in 2012 and made her debut at the British Team Championships, British Espoir Championships and UK School Games.

She became the first female gymnast to win an individual all-around medal for Great Britain at the European Championships when she was just 15 years old, taking home the bronze. She is a European Vault Champion as well.

Her sister is 2008 Olympian Becky Downie.

She finished just behind Giulia Steingruber and Maria Kharenkova in the Women's Individual All-Around final in April of 2015.

Ellie Downie Is A Member Of