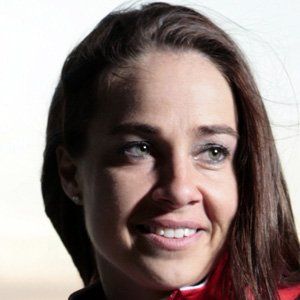 WNBA guard who was a 6-time All-Star for the New York Liberty and San Antonio Silver Stars between 2003 and 2011. In 2014, she was hired to be an assistant coach for the San Antonio Spurs, becoming the first female coach in NBA history.

She was a prolific scorer at Colorado State University, leading her team to a 33-3 record and the Sweet Sixteen in the 1998-99 NCAA tournament.

She joined the Russian national team in 2008 and her decision was criticized by her former Team USA coach Anne Donovan, who called Hammon unpatriotic, though she later recanted her statement.

She was born to Bev and Martin Hammon.

Katie Smith was her teammate on the women's national basketball team.

Becky Hammon Is A Member Of