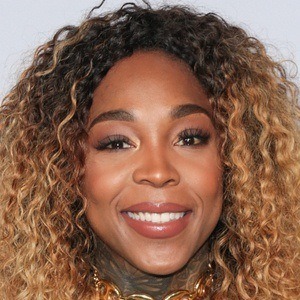 Guard who has made numerous WNBA All-Star teams and won multiple championships, and was chosen by the fans in 2011 as a top-15 player in WNBA history.

She played college basketball at Rutgers University, and was selected 2nd overall in the 2006 WNBA draft by the Phoenix Mercury.

She was a member of the U.S. national team that won a gold medal at the 2008 Summer Olympics in Beijing.

She was born in Oceanside, California, but was raised in Chicago, Illinois.

She was childhood friends with Dee Brown.

Cappie Pondexter Is A Member Of