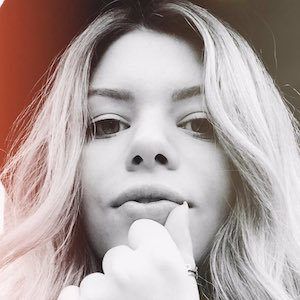 YouTube DIY enthusiast who is known for being the co-founder of The Sorry Girls channel. She and her co-creator, Kelsey, are renowned for their varying types of DIY projects, which range from fashion to culinary.

She and Kelsey met in college. They spent a Halloween coming up with a costume idea and wound up making it a DIY project that they would film.

She has amassed more than 2 million subscribers to her and her partner's The Sorry Girls YouTube channel. One of her most popular videos, "KITTEN MEETS HEDGEHOG," has earned more than 20 million total views after going viral in January 2013.

She and Kelsey put together a DIY Maleficent costume based on the Angelina Jolie title character.

Becky Lynne Is A Member Of