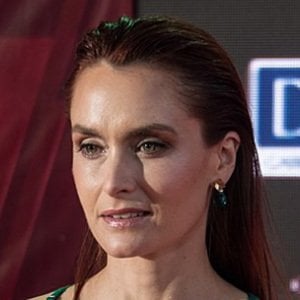 Accomplished Chilean actress who found fame as a regular on the long-running series El Señor de la Querencia and Aquí Mando Yo. Her star continued to rise with notable parts on La Sexóloga and Mamá Mechona.

She made her television acting debut on the show Amor en tiempo record in 2006.

She has modeled for the lingerie brand Love Lust.

She starred on the drama series Verdades Ocultas alongside actress Viviana Rodríguez.

Begoña Basauri Is A Member Of