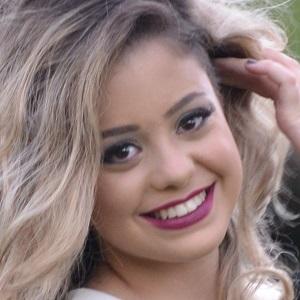 Front woman of her own band who got her start on YouTube when she was just 8 years old. She sang at weddings and events before signing a record deal and releasing original albums.

She was as close to dead before she was even a year old after being diagnosed with osteomyelitis.

She was crowned the winner of the 2014 Golden Trophy as the Best Young Female Talent.

She and Michely Manuely are Brazilian singers who were both born in 1999.

Bekah Costa Is A Member Of