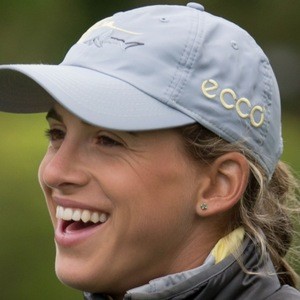 Spanish golfer who has gained fame as a competitor on the Ladies Professional Golf Association and the Ladies European Tour. She has also competed on the Junior Ryder Cup team, the Junior Solheim Cup team, and represented Spain in the International Crown competition in 2014.

She played collegiate golf at University of Southern California.

Her parents are Jesus and Isabel Mozo. She has a brother named Jesús.

She posted a photo on Instagram with Luis Figo in April 2018.

Belén Mozo Is A Member Of