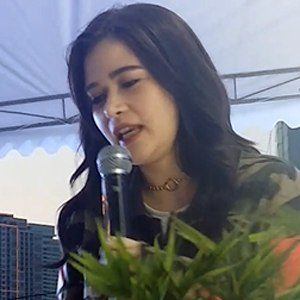 Born Krista Valle Sullivan and known to her fans as Bela Padilla, this Filipina screen actress is famous for her work in television series such as Endless Love and Machete. She is also notable for her FAMAS Award-winning supporting role in the 2013 film 10,000 Hours.

Shortly after joining the ABS-CBN network's Star Magic talent program, she was cast in the teen series Star Magic Presents: Abt Ur Luv Ur Lyf 2.

A model as well as an actress, she received the "Media's Darling" and "Miss Friendship" honors at the 2011 Asian Super Model Contest.

The daughter of an English banker father and a Filipina-born mother, she spent her youth in Makati City, Philippines.

She made a brief appearance in a 2008 episode of the Robin Padilla series Totoy Bato. Incidentally, she and Padilla are distantly related.

Bela Padilla Is A Member Of