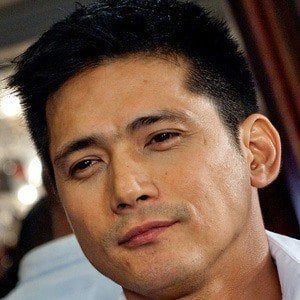 Filipino actor who starred in the series, Toda Max and Guns and Roses.

He earned his first acting role at age 16 in the 1985 film, Bala ko ang hahatol.

He made his directing debut with the 2011 film, Tum: My Pldedge of Love.

He married Mariel Rodriguez in 2010. He was previously married to Liezl Sicangco with whom he had four children with.

He acted with Kris Aquino in the series, Kailangan Ko'y Ikaw.

Robin Padilla Is A Member Of