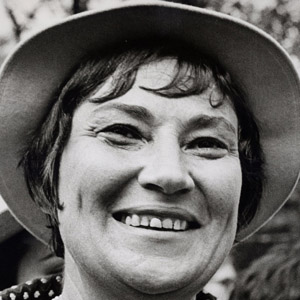 Remembered as a leader of the American Feminist movement of the 1960s and 1970s, she was both a founder of the National Women's Political Caucus and a Member of the United States House of Representatives for New York's 19th and 20th congressional districts.

After graduating from the City University of New York's Hunter College, she attended law school at Columbia University.

In 1977, she unsuccessfully campaigned for the office of Mayor of New York City.

Born Bella Savitsky, she grew up in New York City as the daughter of Russian-Jewish parents. She later married Martin Abzug.

As a Democrat, an anti-Vietnam war activist, and a supporter of the Equal Rights Amendment, she was on Republican Richard Nixon 's official list of political enemies.

Bella Abzug Is A Member Of