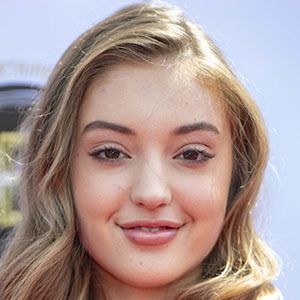 American actress who had a rapid rise to fame after becoming a regular on the Netflix series The Expanding Universe of Ashley Garcia. Her biggest social media presence is on Instagram where she shares lifestyle photos with 90,000 followers.

She began taking theater classes when she was just 3 years old.

Her first credited acting role was in the 2015 short The Wheel Workers: Whole Other World.

At the age of 12, she moved with her family from Texas to Los Angeles.

She was featured in a 2018 episode of Barry alongside actor Bill Hader.

Bella Podaras Is A Member Of