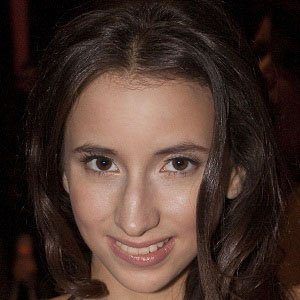 Adult film actress who was exposed for being in the industry while attending Duke University. She chose to enter the industry to help pay for her tuition.

She was born Miriam Weeks and chose the name Belle as taken from Beauty and the Beast.

After being exposed, she made appearances and gave interviews with Playboy, TMZ Live, The View and HuffPost Live.

She is half Canadian and half Punjabi and was raised in Spokane, Washington.

Belle Knox Is A Member Of