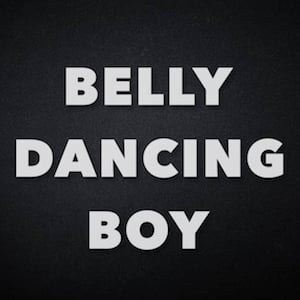 Became a belly dancing sensation on Instagram whose calling card involved writing celebrity names on his stomach while belly dancing to music.

Before Instagram, he would make content for Vine. His first Instagram video, uploaded in June of 2017, was of him belly dancing with "#RIPVINE" written on his stomach.

He disguised himself using face filters on apps such as Snapchat. He also used Zayn Malik's face or wore a scream mask to further conceal his identity.

He grew up a middle child in Texas.

His posts caught the attention of celebrities such as Phil Lester, Shane Dawson and Blake Gray.

Belly Dancing Boy Is A Member Of