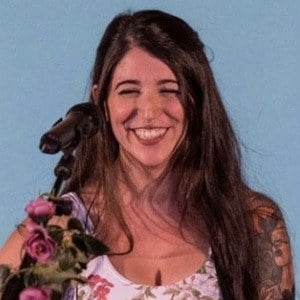 Spanish pop singer who rocketed to fame in 2015 following the release of the album Siempre. Some of her popular singles include "Matematica de la Carne" and "Mentiras de Jarabe."

Her eponymous YouTube channel has earned more than 500,000 subscribers through a collection of song covers of popular artists.

She has a brother, Miguel, and a sister, Leyre.

She appeared in a promo for CokeTV alongside fellow singer Currice.

Bely Basarte Is A Member Of