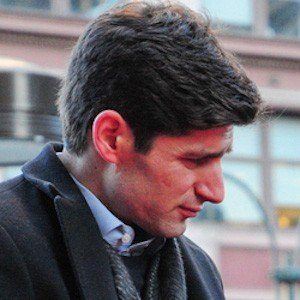 He broke into media when he joined Radio Disney at the age of 18.

He's a graduate of Emerson College.

His full name is Benjamin Aaron Colonomos. He married fellow television newscaster Ginger Zee in 2014; they have a sons named Adrian and Miles.

He worked with Tanisha Thomas on Crazy Talk.

Ben Aaron Is A Member Of