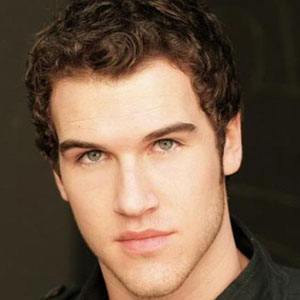 American singer who at 16 years-old he helped form the band Natural and in a fortunate turn of events, the band filled in for the headliner at the German Festival Popkomm when the headliner missed their flight. They played in front of 150,000 people to positive cheers.

He started as a child model and would later guest star on the Nickelodeon show The Mystery Files of Shelby Woo.

He has appeared on Broadway in Hairspray and Cry-Baby and on television in House, CSI, The Mentalist, and Castle to name a few.

He was born in Georgia but grew up in Los Angeles, California. He has posted photos to Instagram with his girlfriend.

He played Hank Saunders in the pilot episode of the Fox series Glee, starring Lea Michele.

Ben Bledsoe Is A Member Of