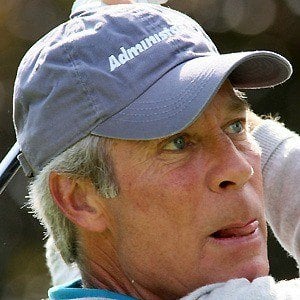 Hall of Fame golfer who won the Masters Tournament in 1984 and 1995. He compiled 19 PGA Tour wins during his career.

He was born in Austin, went to Austin High School, and won NCAA titles at University of Texas in Austin.

He earned the nickname Gentle Ben.

He divorced from his wife Polly in 1984.

He finished second behind David Graham at the 1979 PGA Championship.

Ben Crenshaw Is A Member Of