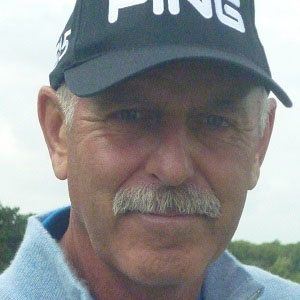 English golfer who earned 18 victories on the European Tour from 1978 to 1997. He played on the Ryder Cup 8 times, won the Senior Players Championship in 2004 and worked as a golf commentator for the BBC.

He was born in Manchester, England and won the English Amateur Championship in 1974. He earned his first win as a professional at the 1977 Lusaka Open.

He chronicled in his experiences playing in the Ryder Cup in the 2000 book Into the Bear Pit. A follow-up, After the Bear Pit, was released in 2002.

He married a woman named Jane.

He played with Andrew Coltart at the 1999 Ryder Cup.

Mark James Is A Member Of