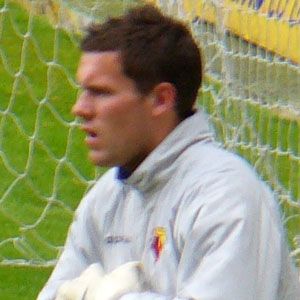 Goalkeeper who joined West Bromwich Albion in 2012 after previously playing for such teams as Manchester United, Birmingham City and Stoke City. He became a member of the English national team in 2007.

He debuted professionally for Racing Club Warwick in 2000.

He was named Watford Player of the Year during the 2006-07 season.

He was born in Leamington Spa, Warwickshire, England. He and his wife Kate have two children together.

He became teammates with star forward Wayne Rooney on both Manchester United and the English national team.

Ben Foster Is A Member Of