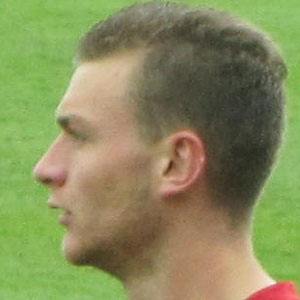 Defender capable of playing center back or right back; he debuted in 2010 with Middlesbrough and played for England's youth teams.

He played on loan with Plymouth Argyle in 2011.

His uncle Steve Gibson became the chairman of Middlesbrough in 1994.

He and left back/left winger Adam Reach both joined Middlesbrough's senior club in 2010.

Ben Gibson Is A Member Of