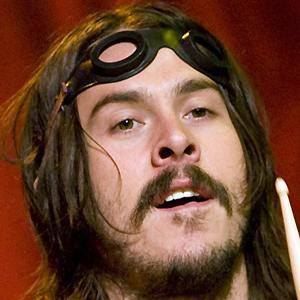 Drummer with the Australian rock band Silverchair, as well as the group Tambalane.

He formed a grunge garage band at the age of twelve.

He became the drummer for Silverchair after playing quad drummer in The Marching Koalas.

His band, Silverchair, has been compared to the style of Kurt Cobain's band Nirvana.

Ben Gillies Is A Member Of