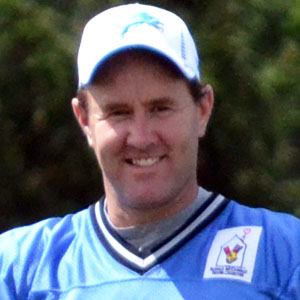 NFL punter who debuted in 2005 for the New York Jets. After four years with the Jets, he went on to play for the New Orleans Saints, Arizona Cardinals and Detroit Lions.

He was a professional Australian rules football player in his home country of Australia.

In 2009 he tied an NFL record for most punts inside the 20 yard line in a season.

He married Katie Graham, and has two daughters with her.

In 2008 he signed with the Arizona Cardinals to replace Steve Weatherford.

Ben Graham Is A Member Of