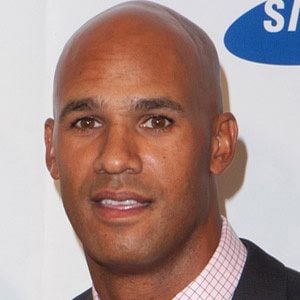 Hall of Fame linebacker and defensive end who is among the league's all-time leaders in sacks and fumble returns for touchdowns. He played the bulk of his career with the Miami Dolphins, while also spending a season each with the Washington Redskins and New York Jets.

He played college football at Akron and was a 3rd round pick of the Miami Dolphins in 1997.

He forced 47 fumbles and recorded 773 tackles and 139.5 sacks while adding 8 interceptions over the course of his career.

He lost to Kristi Yamaguchi in the season 6 championship round of Dancing With the Stars.

Jason Taylor Is A Member Of