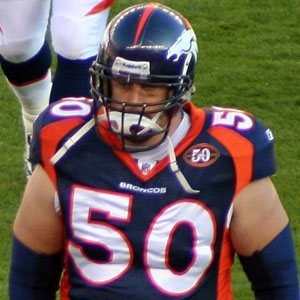 NFL guard and center who played nine seasons with the Denver Broncos. He was drafted out of the University of Minnesota, where he was a two-time First-Team All-Big Ten selection.

He played football at Wayzata High School and graduated in 1996.

He won World Bowl X as a member of the Berlin Thunder in NFL Europe.

Ben Hamilton Is A Member Of