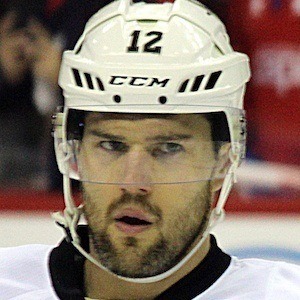 Undrafted NHL defenseman who signed with the Pittsburgh Penguins in 2007. He's also played with the Anaheim Ducks and joined the New Jersey Devils after the 2015-2016 season.

After playing for Boston College as a freshman in 2002-2003, he transferred to Dartmouth College. He played both hockey and lacrosse in college, and was an All-Ivy lacrosse player as a senior.

His younger brothers Matt and Nick played college lacrosse and hockey, respectively. He married Avery eye in 2010 and has a daughter named Lila.

He was teammates with Kris Letang while on the Penguins.

Ben Lovejoy Is A Member Of