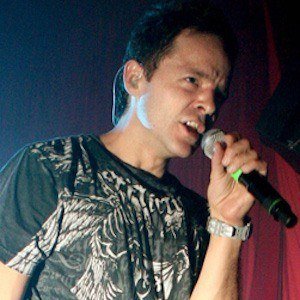 British DJ and MC who also goes by the name Ben Verse. He's known for his time with the band Pendulum as well being the founder of Crunch Recordings, where he operates largely as a producer.

He studied art history at the University of Leeds, graduating in 1999. He joined Pendulum during their expansion in 2006, when they grew from three members to six.

His label has produced work for several electronic artists, including D Bridge, D Kay, and Asylum.

His wife is named Kasia. He grew up in London with his brother.

He's worked with Rob Swire as part of Pendulum.

Ben Mount Is A Member Of