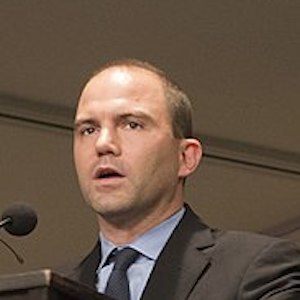 Political advisor who gained fame as Deputy National Security Adviser for strategic communications for Barack Obama's presidency. He served as the former president's foreign policy speechwriter throughout both of his terms, and in 2018, formed the political action committee National Security Action.

He earned his honors bachelor's degree in 2000 from Rice University. He then obtained his MFA in creative writing from New York University in 2002.

He served as a primary adviser on the Joint Comprehensive Plan of Action with Iran. He was recognized by Time Magazine as one of their 40 Under 40 in 2011.

His brother is CBS News president David Rhodes. He and his wife Ann share two daughters.

Ben Rhodes Is A Member Of