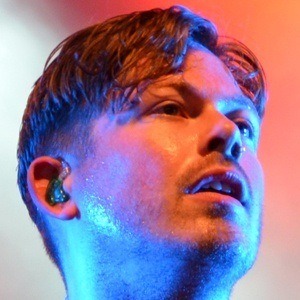 Guitar player for the band Lower Than Atlantis. They're known for the hit songs "Another Sad Song," "Love Someone Else" and "Ain't No Friend."

He is a fan of Chelsea Football Club.

The lead vocalist for Lower Than Atlantis is Mike Duce.

Ben Sansom Is A Member Of