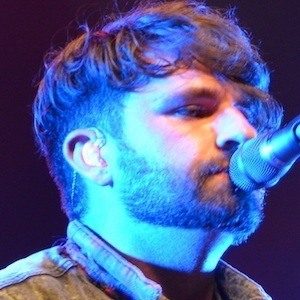 Lead vocalist and rhythm guitarist for the alternative rock band Lower Than Atlantis who released a self-titled album in 2014 after the three previous LP releases titled Far Q, World Record and Changing Tune.

Lower Than Atlantis was formed in 2007.

He co-wrote and contributed vocal production to the 5 Seconds of Summer song "Heartache on the Big Screen." He also contributed to 5SOS's songs "Don't Stop" and "If You Don't Know."

He is from Watford, Hertfordshire, England. He began dating Nina Nesbitt in 2017.

He and Lower Than Atlantis opened for All Time Low on the ATL's UK Tour.

Mike Duce Is A Member Of