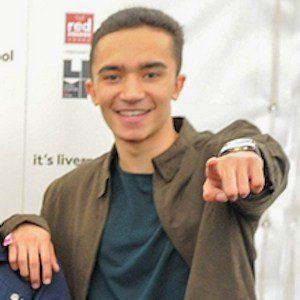 One-fourth of the R&B boy band MiC LOWRY who became well known their single "Supermodels" and their 2015 EP titled The Show.

He was originally joined by his four bandmates in 2011 to become MiC LOWRY. Everyone in the group grew up within a mile of one another.

He and his band rose to popularity through their self-titled YouTube channel where they began posting song covers and performances in 2012.

He performs alongside Kaine Ofoeme in MiC LOWRY.

Ben Sharples Is A Member Of