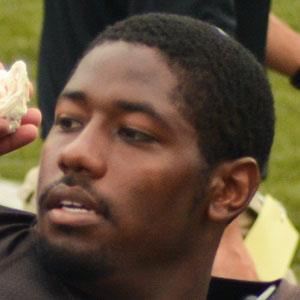 Most famous as a running back for the National Football League team the Minnesota Vikings, Tate was initially drafted by the Houston Texans. He played his college career with the Auburn University Tigers.

During his years at Stephen Decatur High School and Snow Hill High School, he was an All State football player and set Maryland records for both rushing and offensive yards. Also a member of his high school's track and field team, he competed in several state wide sprinting events.

From March until November of 2014, he played for the Cleveland Browns.

He was born in Woodbridge, Virginia, and raised in Worcester County, Maryland. He married Tasha Brooke Malek and he has two children, Talib and Brooklyn.

While at Auburn, he was coached by Gus Malzahn.

Ben Tate Is A Member Of