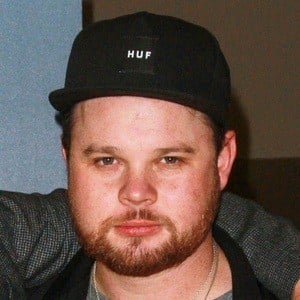 The drummer of the British, blues-influenced hard rock duo Royal Blood, he saw his band's debut, self-titled album top United Kingdom music charts in 2014. The group's hit UK rock singles include "Little Monster" and "Out of the Black."

He began drumming during his childhood years and, at the age of twenty-five, co-founded Royal Blood with singer and bassist Mike Kerr.

In 2015, he and Kerr toured the United States and England with Iggy Pop and the Foo Fighters.

He and his older brother were raised in Brighton, England.

Ben Thatcher Is A Member Of