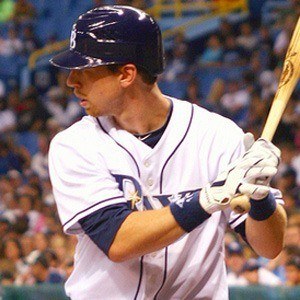 Infielder and outfielder who became known for his plate discipline and his defensive versatility. He played for the Tampa Bay Rays from 2006 to 2014. In 2015, he helped the Kansas City Royals win a World Series Championship and the following year, he was named World Series MVP while leading the Chicago Cubs to the franchise's first World Series title since 1908.

He was selected in the sixth round of the 2004 MLB Draft by the Houston Astros.

He made his first All-Star team in 2009 as a member of the Tampa Bay Rays.

He married singer Julianna Zobrist in 2005; they had a son named Zion and daughters named Kruse and Blaise together before splitting in 2019. His father, Tom, served as a pastor at a church in California.

He was a teammate of David Price during the pitcher's 2012 Cy Young season.

Ben Zobrist Is A Member Of