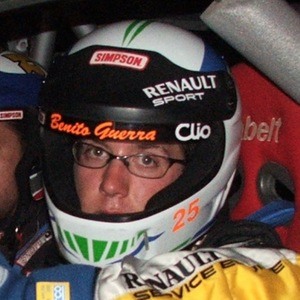 Race car driver who competed with Citroën Racing, a private racing team for FIA World Rally Championship in 2013. He has over 90,000 followers on his benitoguerra Instagram account.

His first rally was Rally México in 2006.

He won the Production World Rally Championship in 2012. His last was Rally de España in 2017.

He got his first bike the day his sister was born.

He and Esteban Gutierrez are both Mexican race car drivers.

Benito Guerra Is A Member Of