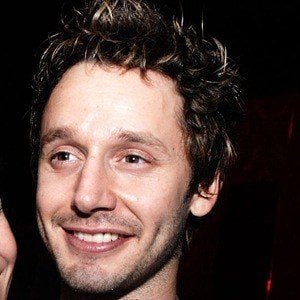 Film and telenovela star recognized for his recurring roles in popular Chilean shows like Herederos de una venganza, Farsantes, and The Chairwoman. He has also appeared in films like Fuga and Chef's Special. Some of his other notable television credits include HBO's Prófugos, TVN's Por Fin Solos, and Antena 3's Los Hombres de Paco.

After studying theatre at the University of Chile, he debuted in the 2000 television series Vivir al Día.

He founded the cultural project Centro Mori and has served as a goodwill ambassador for UNICEF.

He is a descendant of renowned Chilean historian and politician Benjamín Vicuña Mackenna. He and actress China Suárez have a daughter named Magnolia.

In the 2016 comedy That's Not Cheating, he joined a cast that included Lali Esposito.

Benjamín Vicuña Is A Member Of