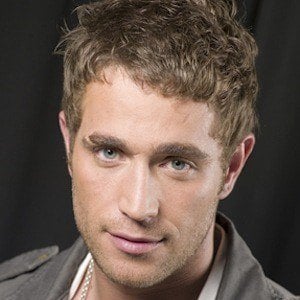 Made his breakout performance as Franco Reyes in Pasión de Gavilanes. He is also well-known for his recurring roles on La Querida Del Centauro, Physical or Chemical, and Lo que es el amor. In 2019, he began starring in Amar a muerte.

He was discovered by renowned Argentine producer Cris Morena after she chose him to appear in her show Jugate Conmigo. She then went on to cast him in Chiquititas and produce his self-titled album.

In 2010, he became the host of Univision's version of Survivor, Desafío: La Gran Batalla.

His father, Carlos, is also an Argentine actor.

He stars opposite Ludwika Paleta in the Telemundo telenovela La Querida Del Centauro.

Michel Brown Is A Member Of