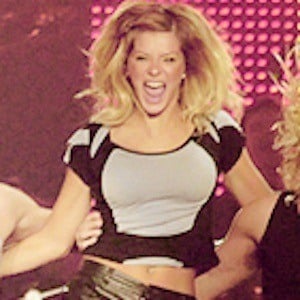 Actress, model, and singer who is known for her career throughout the Argentine entertainment industry. She gained wide renown as an actress for her role as Jaz Romero on the TV series Casi Ángeles. She also gained popularity during her time in the pop group Teen Angels.

She was discovered at age 6, and began child modeling soon after. She made her acting debut in 2003 on the TV series Rincón de Luz.

Between 2007 and 2010, she and her bandmates in Teen Angels released a series of four self-titled studio albums. In 2011, she won the Kids' Choice Award Argentina award for Best Actress for her work on the series Casi Ángeles.

Her full name is María Eugenia Suárez Riveiro. She was born in Buenos Aires, Argentina, and raised there by her parents Guillermo and Marcela. She has a daughter named Rufina from her first marriage with actor Nicolás Cabré and a daughter named Magnolia from her second marriage with fellow actor Benjamín Vicuña. In 2020, she welcomed a third child, a son named Amancio.

She and Spanish singer David Bisbal dated from early 2014 through June 2015.

China Suárez Is A Member Of