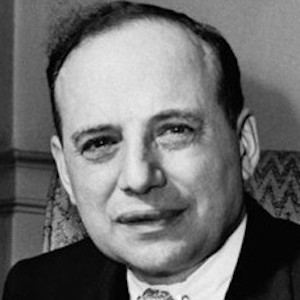 Known as one of the founders of the value investment paradigm, he co-wrote a 1934 work titled Security Analysis that is considered the investors' bible. In the late 1920s, he started teaching at Columbia University's business school.

After graduating from Columbia University, he turned down a teaching position to work on Wall Street.

He was an important contributor to both United States and international economic policy.

Though born in London, England, he grew up primarily in New York City. His marriage to Estey Graham ended after he became romantically involved with his deceased child's former lover, Marie Louise Amingues.

Benjamin Graham Is A Member Of