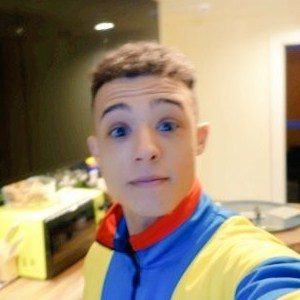 Rapper within the pop music trio known as LoudKidz who gained fame for their song "The Curry Rap," which went viral on YouTube.

He began taking his music career seriously in 2011.

He and LoudKidz self-penned the track "Derby Day" which became the official 2014 Derby Day song by Manchester United.

He and his LoudKidz group mates used to do cover songs for YouTube, including one of Ariana Grande's "Why Try."

Benjamin James Is A Member Of