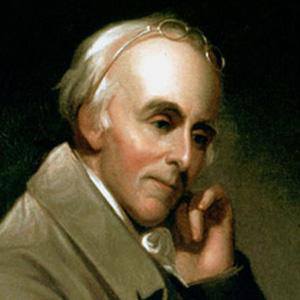 One of the founding fathers of the United States of America who was a physician and founded Dickinson College in Carlisle, Pennsylvania. He also notable served as Surgeon General in the Continental army during the Revolutionary War.

He earned a medical degree in England and also spoke English, French, Italian, and Spanish.

He attended the Continental Congress, which would become the governing body of the United States during the American Revolution.

His parents were John and Susanna Harvey Rush. He married Julia Stockton in 1776 and they had 13 children together.

Benjamin Rush Is A Member Of