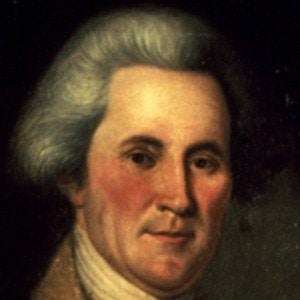 Frontiersman who was one of the founders, and the first governor, of the state of Tennessee. He also served in the US House of Representatives from 1811 to 1815.

He purchased land in the frontier territory of what became eastern Tennessee, serving on local committees and fighting off Indian attacks.

After North Carolina ceded the territory he lived on, he led the statehood movement, and was appointed the first governor of the land - although it wouldn't be a state for some time still.

He was the eldest of seven children born to a farming and merchant family.

He was an outspoken political opponent of Andrew Jackson - so much so, that the two men nearly dueled.

John Sevier Is A Member Of