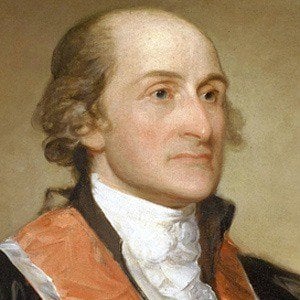 Founding father who was the second Governor of New York from 1795 to 1801. He also served as the the first Chief Justice of the Supreme Court.

He primarily home schooled until attending King's College in 1760.

He was ahead of his time, as he freed all of the New York Slaves with the 1799 Act.

He was married to Sarah Livingston, and the couple had six children: Peter, Susan, Maria, Ann, William and Sarah Louisa.

He was selected to the Supreme Court by President John Adams .

John Jay Is A Member Of