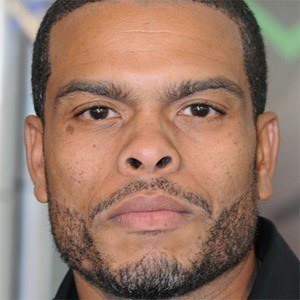 American music video director and director of Gorilla Flix, Inc who has directed music videos for many popular artists including Monica, Nicki Minaj, and Amerie and won the 2009 award for Video Director of the Year at the BET Awards.

He studied at Temple University's School of Radio, Television and Film.

He has created political advertisements against George W. Bush.

He was born Benny Douglas. He married Ravyn in 2007; together, they have a son and two daughters: Gia and Jordan.

He directed the 2009 film Next Day Air starring Donald Faison.

Benny Boom Is A Member Of