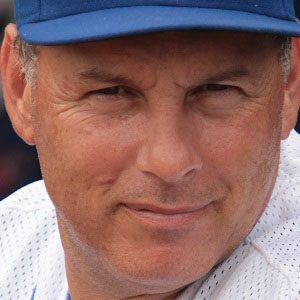 First baseman and corner outfielder who played five seasons in MLB, four for the Pittsburgh Pirates and one with the Houston Astros.

He joined the New York Mets' single-A affiliate Brooklyn Cyclones as their hitting coach in 2010.

Mets right-hander David Cone had a no-hitter through seven innings in 1992, but Distefano ended the bid with an infield single in the eighth.

Benny Distefano Is A Member Of