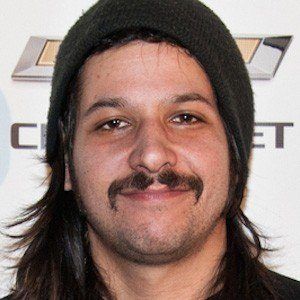 Drummer for the punk-rock band The Gaslight Anthem. They are known for their several albums, including Handwritten and American Slang.

The Gaslight Anthem was founded in 2006 in New Jersey.

His favorite song off of Gaslight Anthem's 2014 album was "Underneath the Ground." After the release of this album, Get Hurt, the band began a hiatus.

He is from Somerville, New Jersey, and his family is from Poland.

Singer and guitarist Brian Fallon was one of the founders of The Gaslight Anthem.

Benny Horowitz Is A Member Of